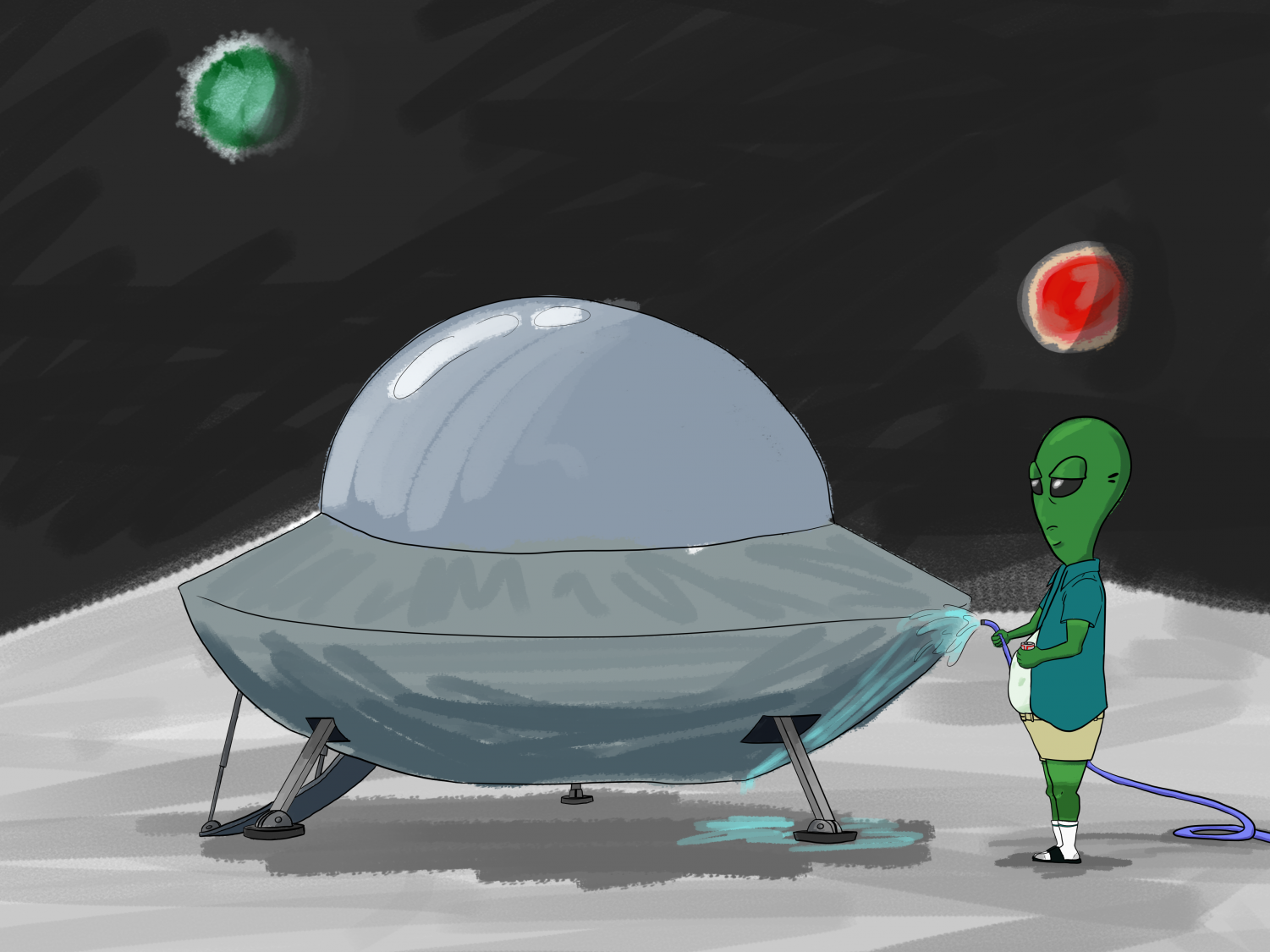 We must rethink the alien

In pop culture, things aren’t always accurate, especially in entertainment. Secret agents don’t routinely walk away from explosions. Magic doesn’t exist. People don’t suddenly have a change of heart at the end of the movie because it’s convenient to the plot.

But we like to pretend that these things happen because life is boring. But if there ever was a somewhat realistic genre, it’d be science fiction, right? I mean, it’s got “science” in the name. But then again, it also has fiction in the name. In fact, most sci-fi movies and books and TV shows are more fiction than anything else.

I could give you a list of grievances, but that’s no fun. You have to suspend your disbelief for a few hours to get through Star Wars anyway. Everybody knows that.

No, I’d much rather attack the writers of these movies directly instead of the genre as a whole. I get that it takes a lot to come up with a storyboard and characters and all that jazz, but at some point you have to put effort into the aliens themselves. Call it what you want, but I think what it boils down to is either just plain lazy writing or misconception. Sometimes it’s both.

To be clear, I’m talking about how we tend to portray our little extraterrestrial friends in pop culture. They get a bad rap. You can usually tell the storyline’s flawed whenever an entire species — or at least most of it — is set up like the bad guys. It’s borderline speciesist, which is like racism except to an entire species.
The only thing saving it from that is the fact that we haven’t met any aliens yet, unless the government is holding out on us.

We always hear things about alien invasions, like the homies flew several billion miles across space so that they could eat us or steal our water or something. It’s stupid. I get that sometimes it’s hard to conserve resources — humans are bad at it too — but there’s crap everywhere in space. There’s water on like every other planet. And metal in asteroids. The only thing that’s tough to find is food, and even then that’s not a problem because if you can make it to Earth, then you clearly have a replenishable source of food somewhere.

So right off the bat, if the plot has something to do with Earth being an oasis for materials or something, then we’ve already gone into the realm of “I made this up but I’m gonna pretend like it has basis in reality.”

Some people think that any kind of visitation might be violent for other reasons. I mean — let’s be honest here — we’ve done it in the past. Take a look at that time Europeans showed up in the Americas. It wasn’t pretty.

But that’s the thing — it was the past. Today when we find a new tribe out in the wilderness, we don’t usually have the urge to enslave them anymore. So if the aliens were to show up tomorrow, I don’t think they’d have any malicious intent. Even if they were looking for cheap labor, I think with all their technological superiority, it would be easier to just build machines to do work. After all, you have to feed humans for them to do stuff. And we’re horribly inefficient.

So the guys have landed. Now what? We’ve already ruled out that they (probably) don’t want to kill us for no reason. So they come out to meet us. And that’s where we run into another problem.

When you imagine aliens, unless you’re thinking about E.T., you’ve got this image in your head of a little green or gray dude with a bobblehead and Voldemort nostrils. But that’s not an alien. At least not as alien as you think. When you consider the entire history of Earth, it becomes really clear that humans only evolved because we got lucky. We could have just as easily evolved from squids. Or not at all.

And then you look at an alien planet. Different climate, different composition. Different life. Unless that planet has apes too, the little green men that everyone imagines when they look at the stars is completely irrational. Any creature that even remotely resembles a human is probably related to it. I mean, they have thumbs, for God’s sake. Thumbs. Like a monkey. Not many creatures on Earth have thumbs as it is, so the chances of finding an alien with them is pretty slim.

There’s nothing wrong with using that interpretation right now, though. It’s basically a cultural symbol. But in fiction that’s usually it. Any space creatures that the writers come up with usually resemble something from our home planet. And I get that it’s hard to come up with something completely alien. It really is. But it usually comes down to trying to design a species out of financial interest so that all they have to do is lather somebody with green paint and call it an alien.

In movies where creative ability is actually used to design something, it ends up being a monster that wants you and your entire family extinguished from the face of the planet. The heroes always resemble people, and the bad guys always look like monsters. That’s part of the reason why we’d freak out if aliens came knocking at our door. We’ve been conditioned to think that the universe is against us and the only thing that could be on our side is something that looks like us. The more tentacles it has, the more evil it is.

I forgive older movies and books for doing this type of stuff because special effects weren’t as great and because we weren’t as familiar with the concept of E.T.s like we are today. But moving forward, we gotta rethink how we depict these guys at least a little bit.

Besides, the whole “humanity is under attack by monsters from outer space” genre is getting kind of old anyway. The universe is a chaotic place, and if aliens do exist, it’s a safe bet that they aren’t murderous humanoid sociopaths. So you can sleep easy.