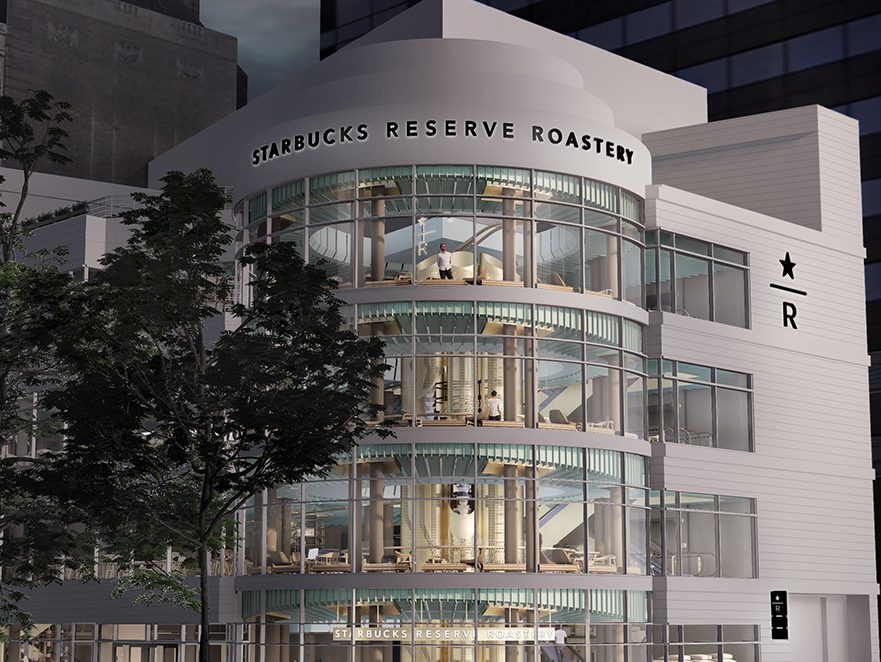 What it was like at the world’s largest Starbucks

Managing to avoid the usual line that coiled around the building that morning, I reluctantly pushed open the heavy doors of the world’s largest Starbucks, which is officially known as The Starbucks Reserve Roastery Chicago.

The subtle smell of freshly ground coffee and warm pastries was enough to make me want to fall asleep next to the welcoming fireplace.

In the center of the first floor were five giant hourglasses full of coffee beans being transported through glass like pipes. It was transfixing to watch as I waited around the counter to order.

The pastries that took up almost the entire counter looked fresher than any I had ever seen before. I was told they were replaced on the daily and that what I was looking at right now would be completely sold in a matter of hours.

When it was finally my turn to order, I asked for my normal latte.The barista explained to me that they didn’t have what a normal Starbucks did. Instead, they had a list of about five or so coffees to choose from. I ended up getting the Dark Chocolate Mocha, which was actually pretty good — except I was kind of upset when I tried to order it at another Starbucks and was told they don’t make it.

The second floor held the Princi Bakery and Cafe which had pizza, gelato, sandwiches and other snacks. Although I didn’t get anything from that level, I can safely say that it didn’t disappoint.

The third floor was by far my favorite. It was like a mini factory. Going up there, I was able to watch all of the unique coffees being made at the Experimental Coffee Bar.

The Arriviamo Cocktail Bar was the next stop on floor four. Obviously I didn’t get anything, but it definitely was not a waste of time. It was so simple yet breathtaking all the same. Especially when I was able to glance out the window and see the busy streets of the city.

There was even a rooftop area which would have been much more bearable if it wasn’t nearly 30 degrees out, but it was beautiful all the same.

Taking the last sip of my new favorite drink — which I had no idea I wouldn’t be able to have again — I took in the simple accents on the walls and the gold hat-lined the room. Making my way down the stairs and wishing I had taken the escalator, I noticed the long line of shivering people patient enough to wait so that they too could experience The Starbucks Reserve Roastery Chicago.