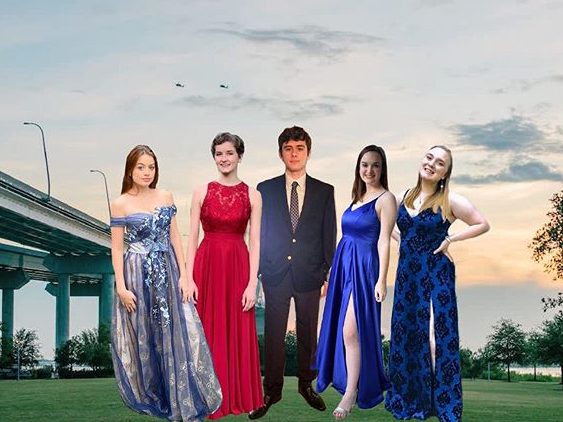 If you are a teenager living in modern-day America, prom can be considered a rite of passage to say that you truly made it through your high school years. From the excitement that comes with picking out a dress to the anticipation of spending three days with your best friends in a prom house, many Wando students have been looking forward to this day for months. But times changed with the outbreak of coronavirus, and senior Jolie Crunelle is determined to adapt.

What if I haven’t gotten my prom dress or tux?

What if I’m not in a situation to financially contribute?

What if I don’t want to take a photo but I want to help?

“I came up with the idea for Photo Prom because I was feeling really discouraged about the prospect of missing out on milestones,” Crunelle said “I was really looking forward to prom this year and was just really bummed that I wasn’t gonna have the chance. So I got talking to my parents and friends and realized that a lot of other seniors were also having to mourn this loss.”
Photo Prom gives all Wando students the option to still dress up in prom gear and be featured in pictures with their friends and family and consists of two parts: Photoshop Prom and Parent Prom. Participating in Photoshop Prom will also allow individuals to help a local nonprofit Crunelle has partnered with.
“My brother, activism is his thing, and so I was talking to him about it and… knowing that most of us were planning on paying some amount in order to go to prom, how we could redirect those funds in order to be a force for good,” Crunelle said.
The fee of $25 in order to participate in Photoshop Prom will go directly to the Stone Soup Collective, whose mission is to make and sell soup using primarily ingredients from Lowcountry farmers.
“They use local vegetables to create hearty soups and distribute those or sell them at a low price for people who need food in the area,” Crunelle said. “Right now, one of their focuses is bridging the gap between local farmers and local families so they are buying produce from local, historically black farmers on John’s Island because that produce has lost a lot of its demand.”
The steps to participate in Photoshop Prom consist of the following:
Take individual pictures all dressed up in prom gear.
Send one direct message for your prom group to the Instagram account @wando.photo.prom with each person’s individual photos as well as a screenshot of a donation receipt.
Choose prom picture background from the options in one of the “highlights” bubbles on the Instagram account and provide a caption for the picture if wanted.
A team of student photoshoppers will photoshop each person in the group onto the background and post the photo to Instagram.
The second part of Photo Prom is Parent Prom, which does not require a donation to participate.
“Students just send us a picture of themselves and their parent and it’s a way of showing appreciation and gratitude to parents, guardians or mentors,” Crunelle said.
Submissions for both parts of Photo Prom will be open through the end of April. For more information, visit the Instagram page @wando.photo.prom.