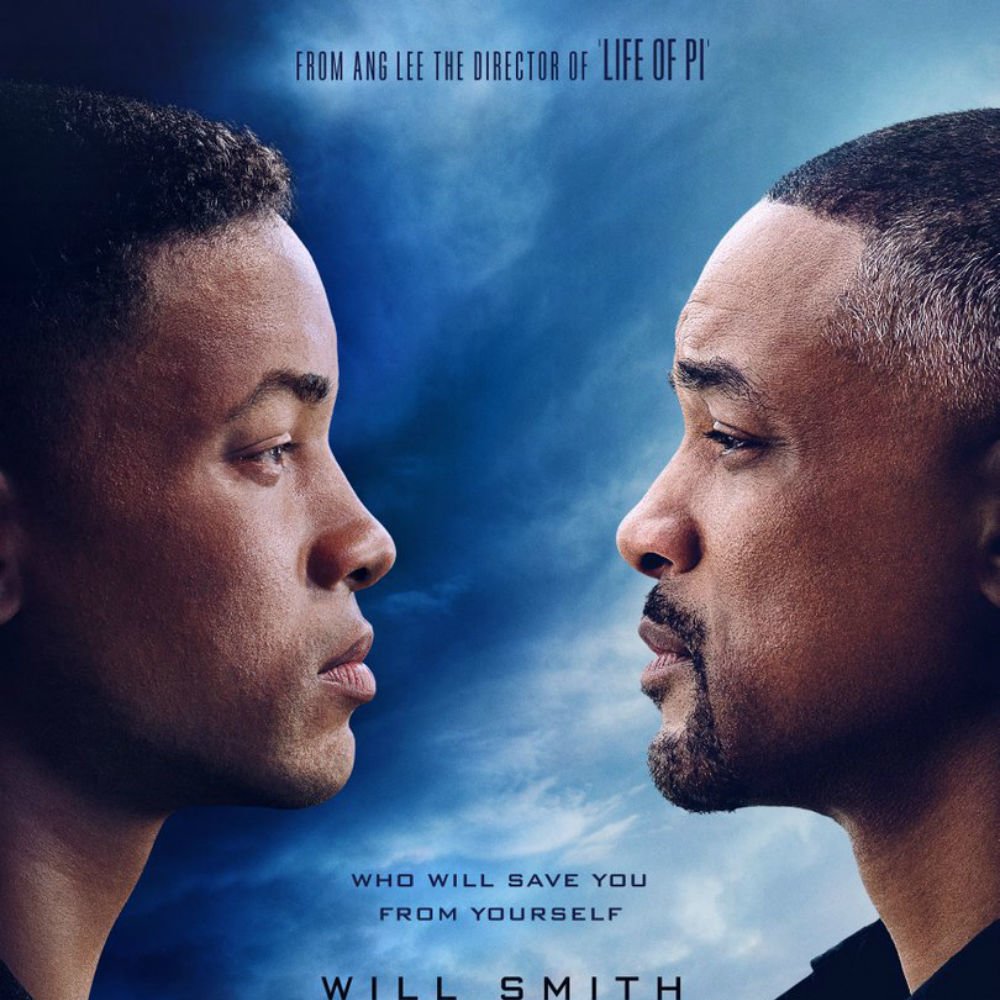 The only reason I found myself sitting in the back of a dark theater with one overpriced large popcorn and a medium raspberry slushy was to see not only one but two exceptionally handsome Will Smiths in action. After sitting in a too stiff red chair for an hour and 57 minutes, I would like to share that not even seeing double of the breath-taking Will Smith made the movie Gemini Man worth watching.

Gemini Man — released on Oct. 11 — follows the story-line of Henry Brogan, an assassin who decided to retire after his 72nd job. But his hopes of retiring are lost when a mysterious government agent puts a target on his back. Everything gets twisted when Brogan finds out the man trying to kill him is a younger clone of himself, also known as gemini man.

The movie’s plot had so much potential — so many possibilities. But with the never-ending fight scenes, rushed content, and lack of character development, the movie really disappointed me.

The opening scene had me hooked. Sitting on his belly with a large gun in hand, Henry prepared to take a shot at a moving train. As his partner whispers in his ear through an earpiece, Henry focused in on his target. The silence in that moment was captivating and he made the shot — hitting a man in the middle of the neck.

The movie quickly went from that phenomenal scene to rushing through what seemed like random clips. The movie would go from Henry hiding in secrecy to fighting in the middle of town square with his clone. There was never any foreshadowing or buildup; you were just thrown into whatever scene was next.

For some people that might seem like a good thing, but when I am sitting through a five minute fight scene — where I can tell all of the fighting is fake — my action points for the film quickly drop. And frankly, the action points were all Gemini Man had going for it.

I wish I could say ‘at least the characters were interesting, but that would be a lie. Henry was the most developed character and that’s saying something. The only thing we truly know about him is he has a hard time loving himself since he only feels good flat on his belly ready to shoot. He mentions that so many times during the movie he starts to sound like a real narcissist.

The only other major character to the story was Danny, played by Mary Elizabeth Winstead. Whether she was a love interest or daughter figure to Henry I could not tell. The only thing I gathered about Danny was she was a strong soldier and very loyal. The film could have developed her character so much more and the movie would have been 10 times better.

But instead, the movie only focuses on the-way-too-serious Henry and his in-denial clone. The only difference between the two are their age and their loyalties — so that makes two boring characters instead of one.

Gemini Man could have been worth while — it pains me to see a movie starring Will Smith turn out to be such a tragedy. The film wasn’t the least bit entertaining but at least I got to see Smith on a mega screen.