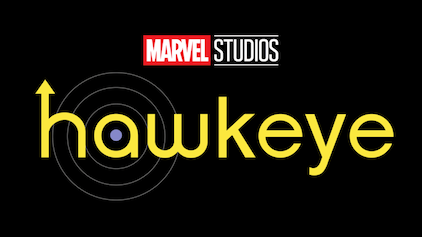 Based on the name alone I am not surprised that the new Hawkeye TV show hits the bullseye. Full of action, humor, women in suits, and a much needed inside look into not only all parts of Clint Barton’s life, but the beloved Natasha Romanoff as well, this show is a gift that keeps on giving as we near the holidays.

Hawkeye aired its debut on November 24th, 2021 on Disney Plus, releasing a new episode every week until December 22nd. The new Marvel show starring Jeremy Renner as Clinton Barton and Hailee Steinfeld as his pesky sidekick Kate Bishop has made for a mini-series that is completely binge-worthy.

Starting off with the role of Hailee Steinfeld, I was very interested to see how she would adapt to the Marvel Universe. As time goes on, the fandom has continued to see new celebrities maneuver their way into the franchise. For example the amazing Harry Styles at the end of Eternals, but Steinfeld was a questionable choice for me. However, after watching just a few minutes of the first episode I was proven wrong– I believe she is the perfect match for the part of Kate Bishop.

Everything from her voice, tone, body language, and emotion was done perfectly for the part and created such a beautiful and visual relationship between Bishop and Barton. Going into the show it was already known that Barton’s character was closed off, hard to read, and private–a vital part of his job and seen in many ways from his poker face–to the hiding of his family in Avengers: Age of Ultron.

However, Kate Bishop shows every emotion on her face, from sadness to concentration to anger, it’s always visible to the viewer, creating such a contrast between the characters. But every contrast that is created only makes the mentor relationship that much stronger. Where Barton is older and wiser, Bishop is younger and more spontaneous, creating a great duo for the dangerous adventures they embark on. Not to mention they are both amazing with a bow.

As the episodes go on you can truly see the growing relationship between the two and how they both relate and learn from each other. Kate, coming from a life without a father figure and having always been inspired by the Hawkeye, who saved her life as a child. She has made it her mission to learn from Barton and advance to his level in all things superhero.

Barton sees this as well, and while he cares for Bishop and her safety– he makes sure to keep her at an arm’s length from all the chaos, but it’s easy to see that he admires her and believes in the skills that she already possesses.

Part of the reason for Barton’s protectiveness is related to his past, which is shown to the viewers in bits and pieces throughout the episodes. The avid Marvel watchers have seen the trauma that Clint has gone through throughout the last few Blip and dealing with those trials as Ronin (embodiment of all Barton’s dark side), and a new struggle – his loss of hearing, explainable by the many missions as an Avenger.

The first scene of the entire show starts with Clint watching a play of the Avengers, showing that it is now a time where they are no more than a story told over and over again. One key element shown there, and continuously throughout the show, is the mention of Natasha Romanoff.

Romanoff’s death was in a heartbreaking scene of Avengers: Endgame and left all Marvel fans in a state of distress. We got to see more of her backstory and relation with her sister, Yelena Belova, played by Florence Pugh, in the fantastic movie released earlier in the year Black Widow. What is so amazing about Hawkeye is that we get to see the impact Nat had on Barton and how he still thinks about her so much in his everyday life.

We also get to see him deal with his not-so-great choices of Ronin. A main plot point of the new series is Bishop discovering the Ronin suit and forcing Barton to deal with the mess he created during the Blip. I believe that it will, in the end, help him heal most wounds of guilt he feels with both the Natasha situation and the Rodin situation, having the bishop walking right beside him through it all, along with her new dog that is beloved by both characters.

One thing I adore about the Marvel universe is the web of connections in which all the movies intertwined. There are a few scenes in Hawkeye that create obvious parallels involving Kate and past characters, and also a character introduced in episode four that many fans have been waiting for, Yelena Belova.

At the end of the Black Widow movie, we see Yelena standing over Natasha’s grave and being approached by a woman. This woman is greeted with hostility by Yelena but shares some very shocking news that was not a hundred percent true, telling her that Barton was the one responsible for her death.

What brings many fans excitement is to see how this entire mess will unfold in the upcoming episodes of the series. There’s been a lot to unpack with the new episodes, but there are still many more questions to be answered. As the mini-series continues, me-and a thousand other Marvel fans will be waiting at the edge of our seats.