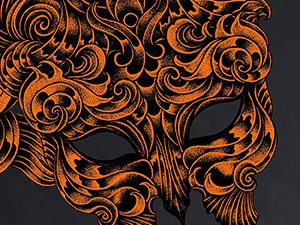 Sometimes when I close my eyes I can almost see it. The blue-tinted black sky, with glowing white stars splattered across it. I can almost see the beautiful mountains standing tall and proud–mountains with scars from savage battles, but coated with innocent, untouched snow.

It’s been almost three years since I have been able to read about the beautiful world of Velaris–a city of adventure, healing, learning and happiness. But now after a long wait, author Sarah J. Maas has released the fifth book of her series — A Court of Silver Flames.

This book was everything I hoped it would be. It was a story of healing and growing, an emotional journey of a woman who has been dealt a terrible hand in life. A Court of Silver Flames follows hotheaded Nesta Archeron after the traumatizing war with Hybern. Nesta is broken, fractured from her father’s death, her sister’s rise of power as Highlady and the lasting effects of the Cauldron.

With the help of new friends and her confusing relationship with the General of the Night Court, Cassian, Nesta works to better herself and heal from everything she has endured. It’s a bumpy ride, but it’s a ride full of kick-butt women with sword–something I would read any day.

What I learned through this book, especially reading the majority of it in Nesta’s point of view, is that not one character Sarah J. Maas writes is perfect, and rightfully so. Especially Rhysand’s character. From the previous books, we grew to love Rhysand for his selfless and loving behavior. But that was because we read about him through his soulmate’s eyes. In this novel, we see how Nesta sees him–an arrogant, hot-tempered Highlord.

Not only do we see characters from another perspective, but we meet new characters that have a huge impact on Nesta and her journey. Gwyn and Emerie were two amazingly written characters that I suspect will be seen in later books. Each holds their own trauma and it’s amazing to see how they band together as strong females and work to overcome what they have experienced.

In this book, we also get to fully understand the Cassian and Nesta relationship. I’m a sucker for angsty romance, the “I don’t deserve you” mentality, and this book does it perfectly. We also see Cassian more like a human who is also healing throughout this book, rather than the cocky jerk we have read about in the others.

A Court of Silver Flames almost hums with ancient power. Sarah J. Maas, though she leaves some of our questions unanswered, showed the full effects of Nesta’s powers. She even introduced a new but hilarious object that holds power within itself, a house. The house was the source of comic relief throughout the novel but was, in reality, symbolic of friendship and understanding, something all the characters needed during this time.

From start to finish it was hard to put this book down. In her bonus chapters, she also gives the readers a taste of what to expect, especially in the chapter about Azriel, the dark and brooding shadowsinger. I can’t wait to see what comes next for the characters and the world of Verlaris, but until then my nose will be shoved in these books, rereading the series for probably the tenth time.