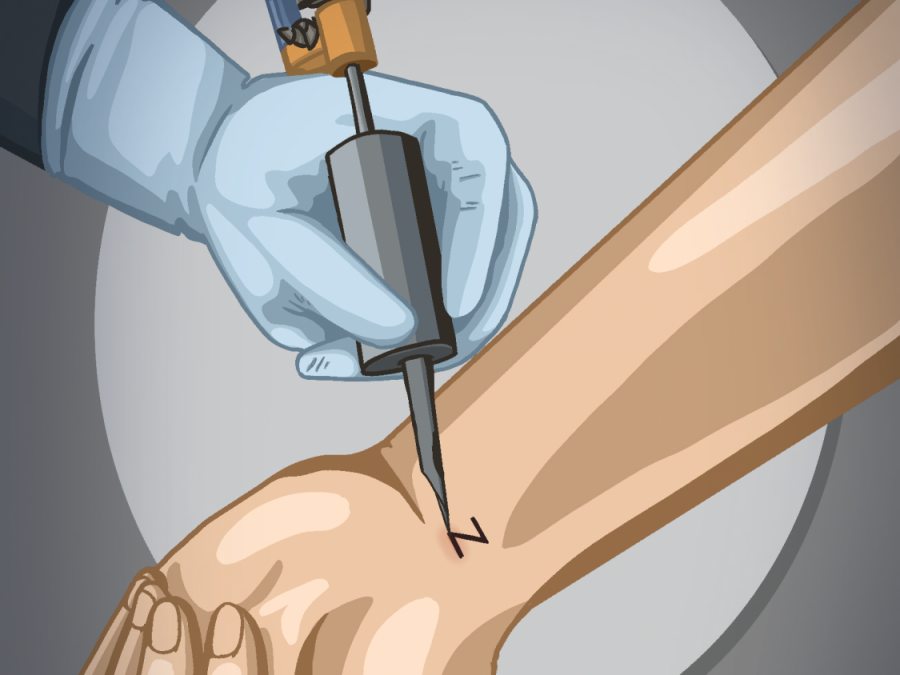 I am all for doing what you want with your body. But when you spend about an hour sitting in a sticky black chair — clammy hands and the smell of disinfectant surrounding you — for the sole purpose of permanently marking your skin with a matching, Pro-Nazi emblem resembling tattoo with the rest of your generation, it makes me slightly concerned.

As I am sure you have seen — since we are all Tik Tok obsessed teenagers — people who are a part of Generation Z have been spending their free time getting matching tattoos to celebrate the power and rebellion of our generation. In all honesty this sounded like a cool idea when I first heard it.

Though, after only one quick Google search, my mind quickly changed. If people would have done their research, they would have found that the symbol representing Generation Z, a letter Z with a  horizontal line through it, looks exactly like the Nazi symbol called ‘wolfangel’. This is a perfect example of acting on impulse ladies and gentlemen.

Apparently most people did not listen to the twenty lessons we were given in school about fake news and checking our sources. It is laughably ironic that the group of people who fight for justice and equality now have a Nazi symbol perminalty marred into their skin. In times like this I am reminded that we are the generation that eats tide pods for fun or quotes pointless vines on a regular basis.

A part of me wonders what the people who got it done are going to do.  I am sure most people will get it covered up or even removed if they have the money. But my mind mostly focuses on the people who are not going to do either. How are they going to justify a nazi symbol tattoo.

I would pay money to be sitting at their dinner table when they explain to their mother and father how their great idea was actually a major mistake. Though, I feel all of Gen Z has had that conversation with their parents at least once in their life .

I would rather Gen Z’s actions show that we are a powerful and rebellious generation, not a patch of ink on our skin. I would rather my grandchildren hear of our strong generation in school, where our protest and marches are recorded in their textbook. Not them asking about the small neo-Nazi symbols tattooed on my wrist.

It amazes me how our generation can be so powerful and so unbelievably stupid at the same time. But at least most of us have good intentions at heart, we just don’t always go about it the right way…Obviously.