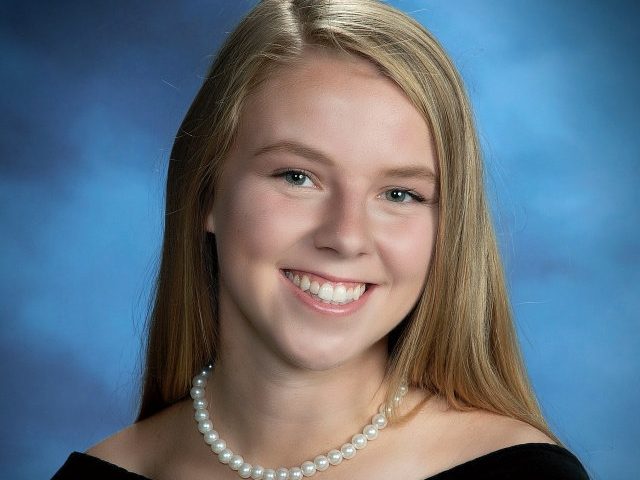 Sophomore year, Molly Bynum walked through the doors of Wando High School not knowing what the future would bring. Having moved the day before school started, she knew no one and had no idea what journey laid ahead of her. But now, as senior year ends, Molly walks through the doors of Wando one last time with not only amazing new friends and teachers, but as valedictorian.

Becoming valedictorian was never something she expected to happen. While living in Concord, N.C., Bynum was fifth in her class ranking, but after moving to Wando became second and eventually first.

“I’ve always just wanted to do well in school just because it was important to me. I just always kind of been more internally motivated for that type of stuff more than anything else,” Bynum said. “I’m also kind of a nerd in the sense that I actually really enjoy school and I really enjoy learning a lot too.”

Grades were not the only thing Bynum excelled at during her high school years. She joined all the academic clubs and became co-president of Wando Wellness during her senior year. She was also a part of Warrior Ambassadors and helped around the community.

Spanish was also one of her favorite classes, completing the course all the way up until AP Spanish, saying that she loved and was interested in being bilingual.

This year being valedictorian comes with different responsibilities than normal. Sadly with COVID-19, seniors were deprived of their last months in high school, prom and a traditional graduation. With a virtual graduation June 8th. a recording of Bynum’s speech was played. And on a later date three separate in-person graduations will happen

where she will also recite her speech.

“This has taught us that our plans aren’t necessarily the end-all-be-all and sometimes improvising can be a lot more rewarding,” Bynum said.

She debated talking about the pandemic, but said she felt it was important to address it.

“My biggest recurring theme was trying to take a spin on what’s happened and look at how it has shaped the class of 2020 to be all the more prepared for not only the real world but also to take leadership roles within it,” Bynum said.

Being a student who has attended two high schools, Bynum’s only real constant was her family. They were never hard on her about her grades and always gave her the encouragement she needed, she said.

“They support me through everything and they’re always there to give me any of the love that I need,” she said

All her hard work not only got her valedictorian, but Bynum will be attending Columbia University.