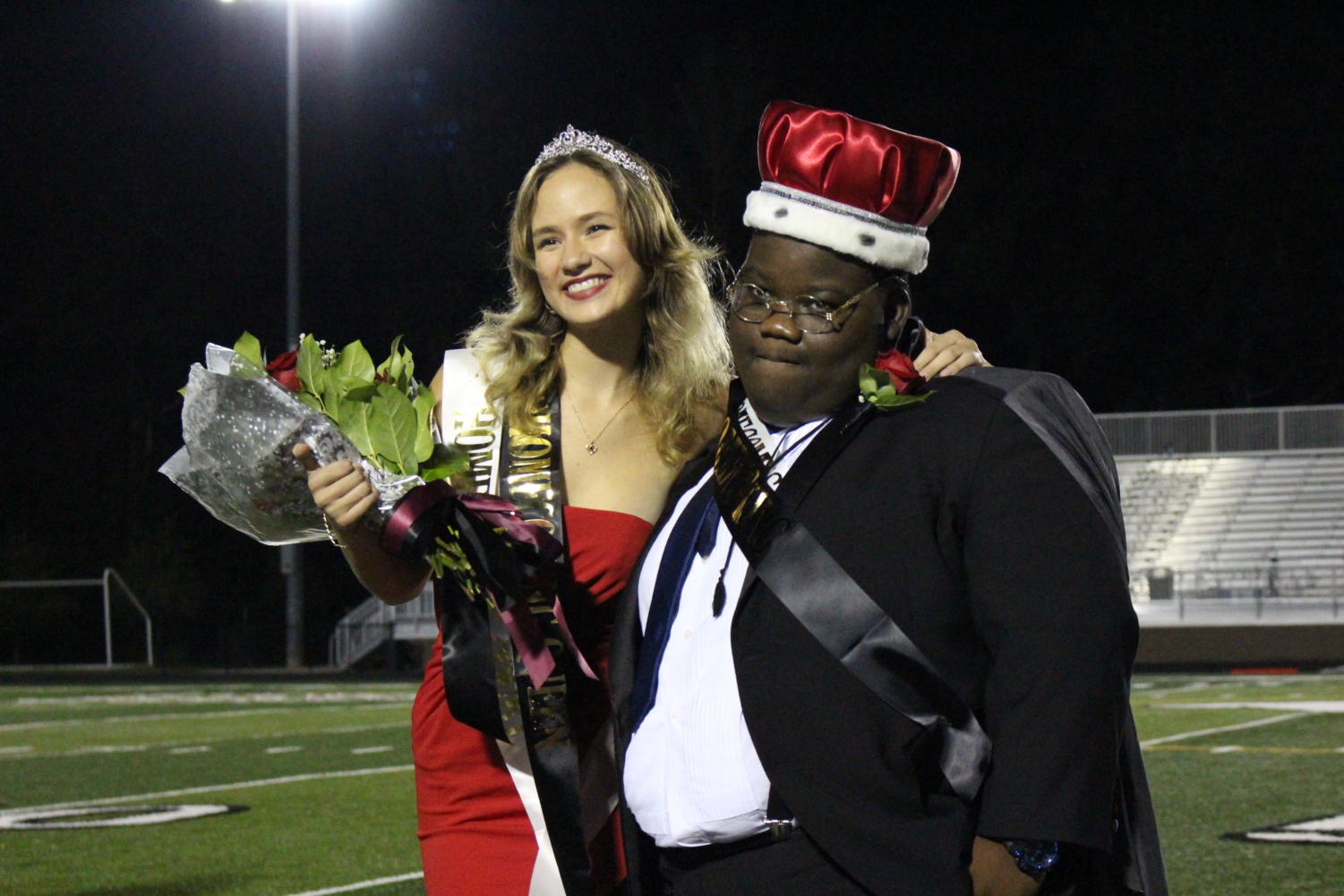 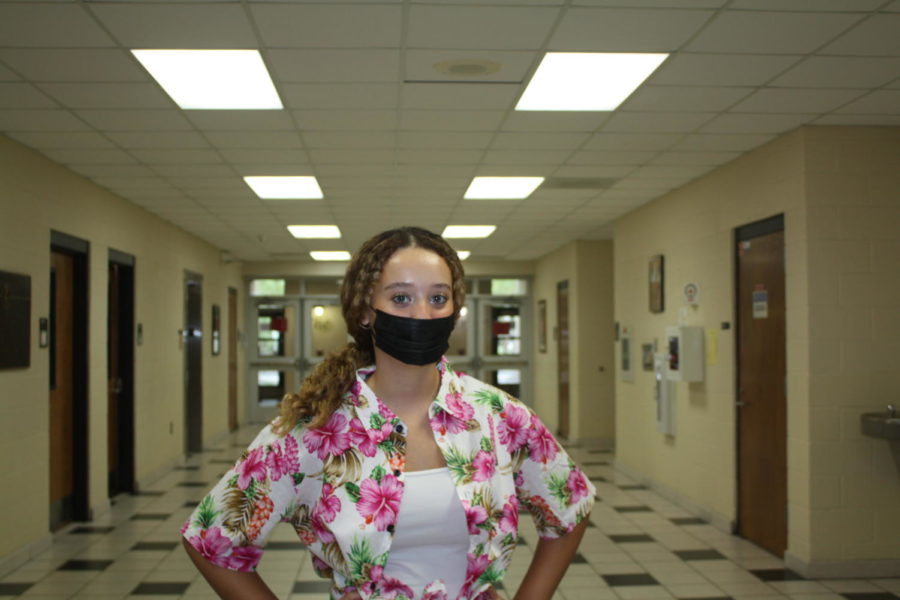 Cheering, stomping, blinding lights and hoorays were trademarks of last Friday’s Homecoming varsity football game at Wando High School. Homecoming kicked off with Spirit Week where students showed their school spirit by dressing up and entering raffles for a donut competition. The competition was by grade and the senior class of 2022 took the gold. Friday’s theme of Warrior gear was extended to the football game with freshmen in white, sophomores in grey, juniors in red and seniors in black leading the Chophouse.

Homecoming court was also announced during halftime, presenting Bella Wethington and Obafemi Akinjobi as the winners.”

Wando played against Stall High School beating them 62-6. Their next game is an away game on Friday, Oct. 1 against Cane Bay High School. Homecoming court was also announced during halftime, presenting Bella Wethington and Obafemi Akinjobi as the winners. Last year’s homecoming winners Charlie Rohaley and Amelia Hathaway presented this year’s royalty with their crowns followed by Student Body President and Vice President Isabelle Turner and Emmy Thayer. They were given flowers in congratulations. Half time was closed out by the Wando band performing their show entitled “Cabinet of Curiosities” as a preface to their performance during the Lowcountry Invitational the following day. 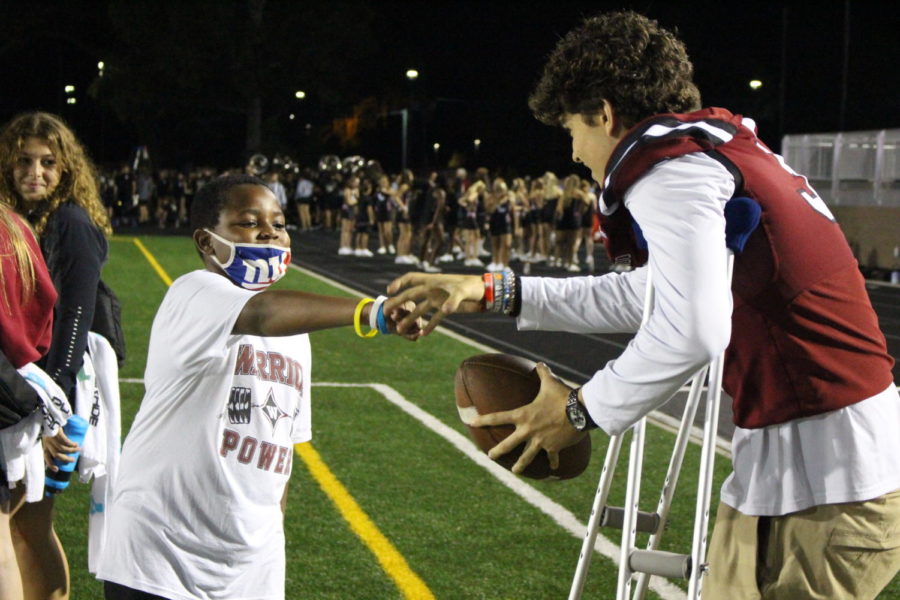