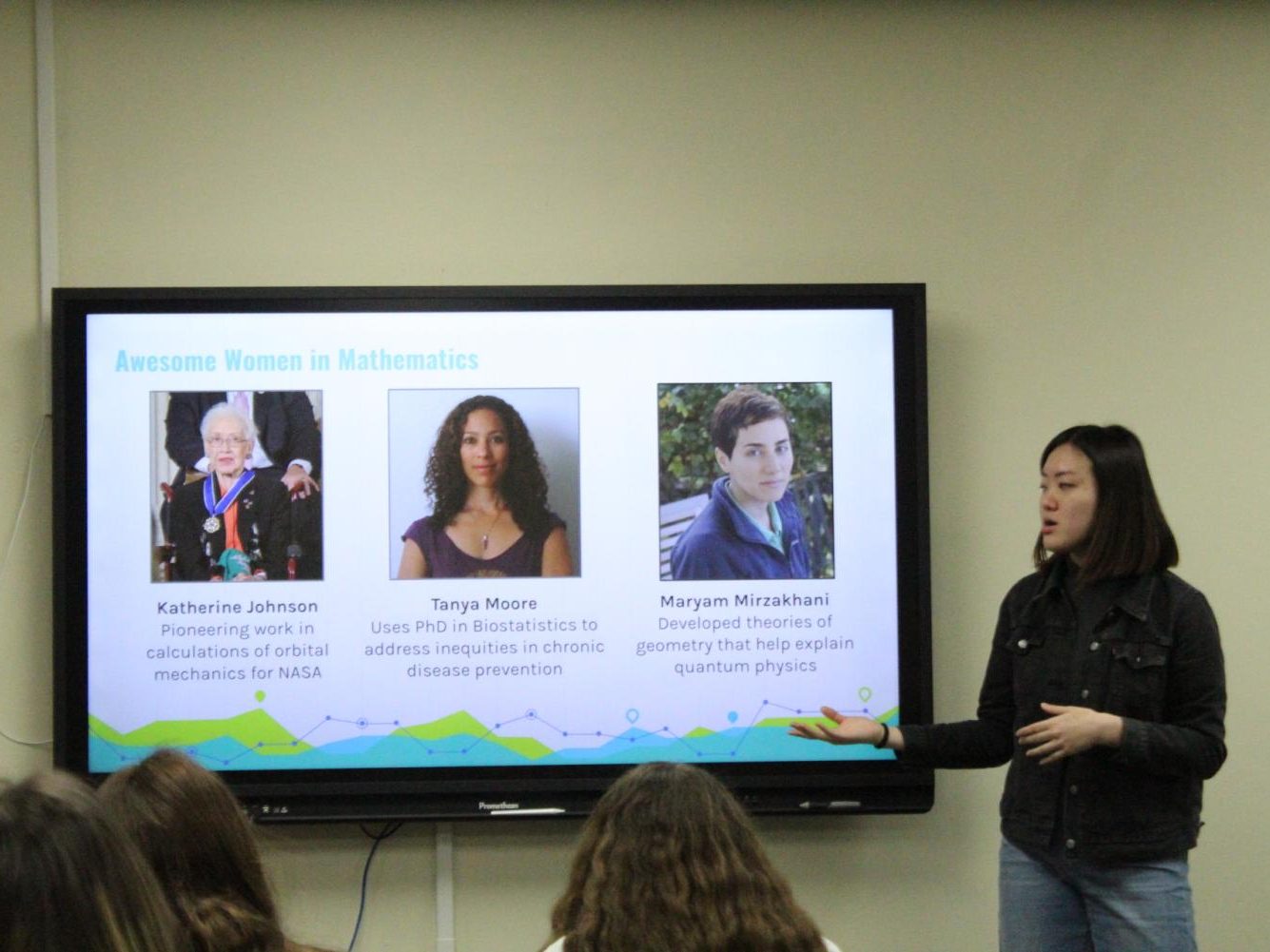 One week. Fifteen different schools. Hundreds of girls to inspire.

This has been the life of two Massachusetts Institute of Technology undergraduates Janice Tjan and Trinity Stallins.

For the past week, the two college students have been traveling the country with one goal in mind — motivate young girls interested in the STEM field.  And on Jan. 31, Wando High School was one of the 15 schools that was able to sit and listen to the presentation of these two women.

Tjan and Stallins are a part of a program called Women’s Initiative, a program that reaches out to the greater MIT community and asks women in the STEM field to travel and spread the importance of having STEM jobs.

“Women are underrepresented in STEM so we are trying to encourage and motivate people to keep pursuing their passion in STEM or maybe explore STEM and get interested in it,” Stallins said.

Two selected groups of Wando’s female student body met in the Palmetto Room to learn and ask questions about what it’s like to be a woman in a STEM job. They were able to take notes and enjoy refreshments while talking openly about their fears or curiosity about starting off their future career.

For both Tjan and Stallins, high school was the time where they really started to act on their interests in STEM. But women being the minority in most STEM classes posed some challenges for the women.

For Tjan, it was as simple as people making assumptions about her because of her sex.

“I’m in a workshop, for instance, and they just assume that I have no experience with any of the shop tools or like I’m catting something and they assume I need help,” Tjan said.

But these challenges have not held them back, and it’s helped them connect to the younger generation of women. Throughout their presentation, Tjan and Stallins talk about so many different topics involving STEM. They talk about the different jobs and branches, being involved in classes and how to deal with male biases.

“Part of our presentation is we talk about times that things were made with very obvious male biases… if we can get the representation in those careers then we can prevent that from happening,” Stallins said.

“Look at my project as the project not as a women’s project,” Stallins said