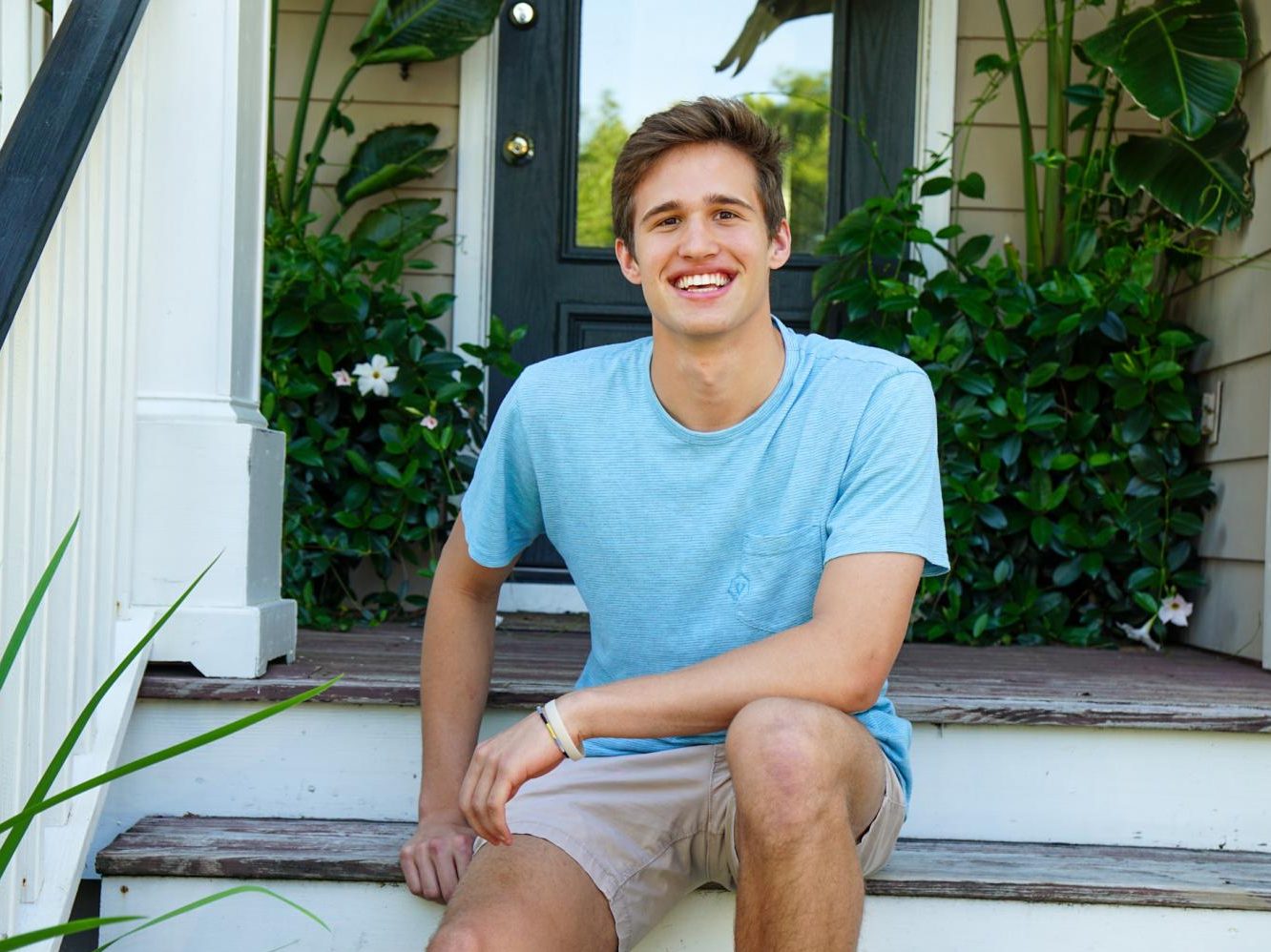 Jackson Weeks smiles on his porch.

The South Carolina winter air cools the people outside as Jackson Weeks drives around North Charleston. He is not alone. Two of his friends are there with their dads as well, and a woman and her son too. Strangers, but people who have something in common with Jackson.

Working alongside North Charleston’s Dream Center, Weeks spends the day volunteering, something he’s no stranger to, but this time is different. This time sticks out in his head when he thinks of his time serving the community. Because something, or rather someone, made a connection with him.

Her name was Gwendolyn, an older lady alone on the streets, who couldn’t walk very well. She had just been turned away from a homeless shelter because they had no room for her when Weeks and the others found her.

“We went out and started talking to her and she was really happy with us, and it was kind of weird because she was standing there. It was really cold, it was in the winter, and she didn’t really have much clothes on,” Weeks said. “We gave her a blanket, we gave her a meal and we just started talking to her. She started encouraging us. It was a whole role reversal because our goal then was to encourage people… Our whole goal was to encourage her, love on her, care for her, but it was a total role reversal. She completely flipped the script and spoke life into us and built us up.”

They prayed for her after, and everyone within the group was stunned by how different the interaction was. But this wasn’t Weeks’ only encounter like this. As a Christian growing up involved with his church, being kind to people and volunteering was something he was always around.

He and his friends even thought hard about going on a mission trip, but they ran into some difficulty.

“We’ve never really done anything where we’ve seen all these people who aren’t as fortunate as us and served them, and so we didn’t want to go on the mission trip and feel like we were just going to have fun,” he said. “We wanted to go because we wanted to serve,  so we were like ‘why not start serving locally?’”

So that’s exactly what he did. Sophomore year was the time he really started to serve: going every other weekend to Franke at Seaside to play bingo with the elderly people there, or volunteering at Seacoast Church and even became a small group leader November of his junior year.

During that time period, Weeks volunteered with his dad at the 180 Place, there his experience changed his perspective.

“It was so different to see people who didn’t have anything and to give them things,” Weeks said.

He helped prep before opening and passed out the food once the doors opened. There was protocol there — one being every person only gets one serving.

“It was so heartbreaking because people are coming by and I’m like ‘I’m sorry I  can only give you one piece of ham’…I go downstairs, I go in my kitchen and I eat about 35 pieces of ham,” Weeks said.

Regardless, the atmosphere inside was light and happy. People would joke with the workers and make fun in a loving manner.

“All of them came through smiling, they were always happy, a little maybe standoffish but always happy, and it was really weird because it was so different then what you see,” Weeks said.

Even though volunteering is a big part of his life, Weeks, who will attend Clemson, tries to be a good person in everyday life whether it be to a stranger, to his friends, or to someone like Gwendolyn, someone in need of his help.

“I try my hardest to lead by example…I want to be a person who goes and is loving and caring and kind to these people at all times because I never know what someone is going through,” Weeks said.