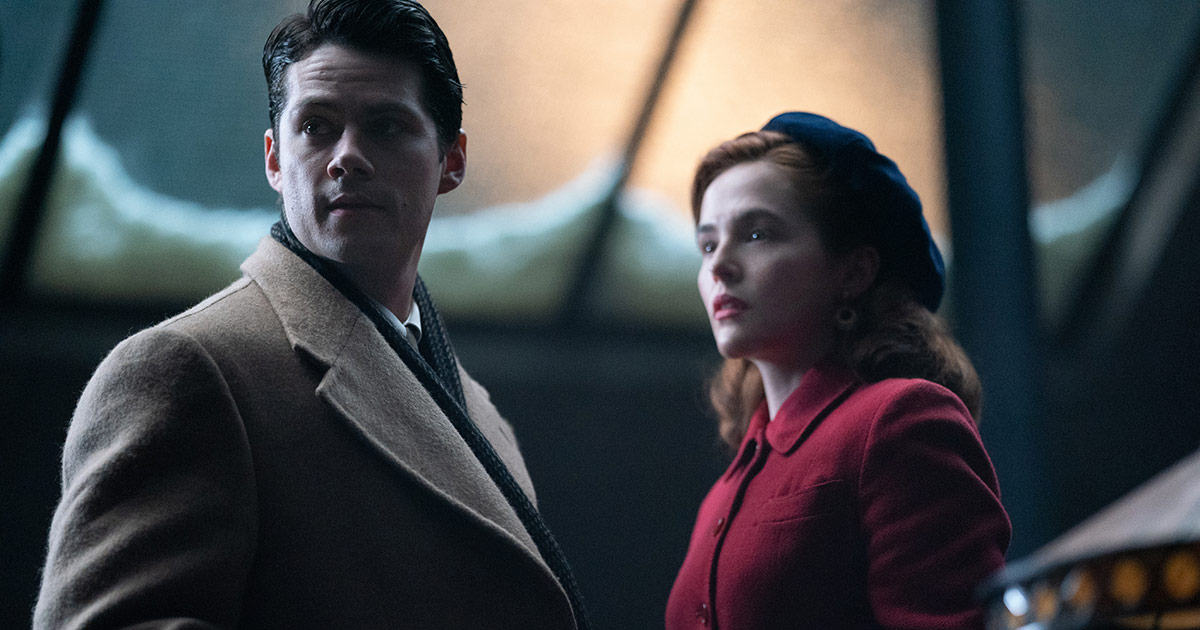 ‘The Outfit’ synthesizes old times with a modern entertainment value

I did not think it was possible to make an old man tailoring suits so infatuating, but The Outfit has seemingly proved me wrong. Extremely wrong.

In the recently released movie, The Outfit, starring Mark Rylance, Dylan O’Brien, and the lovely Zoey Deutch, an enthralling dramatic plot is developed taking place in late 1950’s Chicago. When an English tailor and his secretary become mixed up with local gang business, Leonard, the elderly tailor, is tasked with outsmarting the dangerous situation he finds himself in.

Beginning the film with a voice over, the brilliant Leonard, or English as some call him, elegantly explains the art of creating suits, a tactic that ironically draws the audience in, but gives them a completely false sense of how the rest of the plot unfolds. Rylance, who plays Leonard, masters the art of playing a character who seems so extremely innocent, yet wise beyond his years. Complementing this performance, Deutch’s character Mable acts as the younger assistant/ daughter figure who teases yet obviously cares for the well being of her employer, and who holds the relatable dream of wanting to explore the world.

O’Brien, the man who attracts the eyes of women everywhere plays a bad boy character who missed the memo on the whole ‘respect your elders thing’ and portrays the cliche bad boy who wants to impress his father, but is spoiled and impulsive. However, no matter how big of a red flag his character is, O’Brien plays him well, and it’s not terrible getting to watch him on a big screen wearing a suit either.

The actors also compliment each other’s performance really well. Rylance seemed to work well with everyone he was in a scene with. It made it so people were drawn to his character, made it so you wanted to know more. As the plot continues so many things pile up that I started to wonder if it would be a film of loose ends and unanswered questions. More than once I found myself screaming at the characters in my head, specifically Leonard, for being so stupid with his decisions and allowing himself to be walked all over as the night took an unexpected turn for the worst.

However, with patience, and an amazing job at character development, everything starts to slowly make sense and come full circle, drawing in concepts from even the very beginning of the film. All of the concepts were simple to follow so the film never got messy or too hard to keep track of.

But what I believe makes this movie unique is the amount of layers that make the film. The acting, the setting, the stylistic shots, and just all the information that slowly clicks together. After one big plot twist you think you know how it ends, but you don’t. And that happens again. And again. And even one more time after that.

This chaotic yet organized shock of information paired with the retro 1950s vibe and a protagonist of an old British man is the reason I so highly recommend this movie. It has been a long time since I have been so sucked into a plot and so truly shocked by the outcome and I wanted to give this film a standing ovation, regardless of the looks I may have received in the theater.