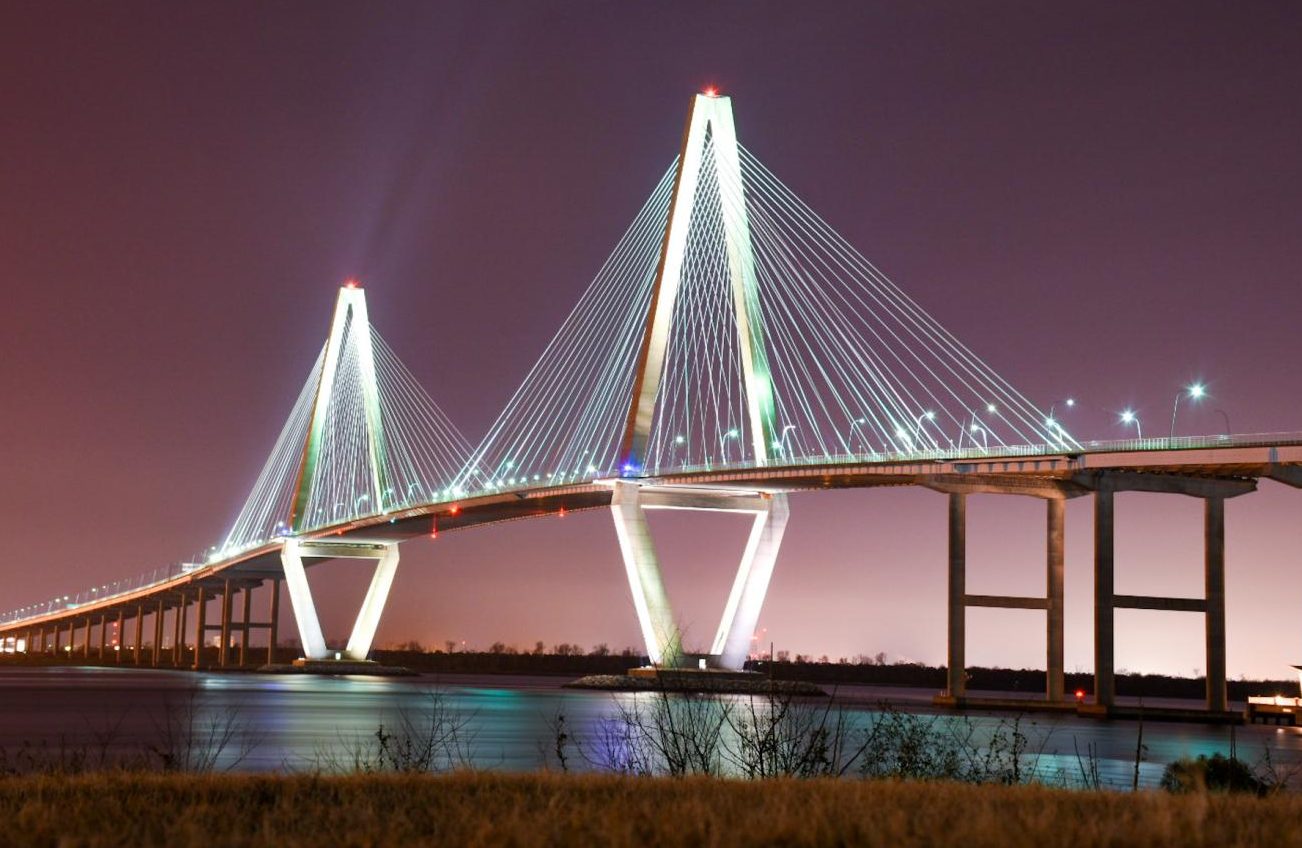 The road to recovery

He opens his groggy eyes.

It must be sunrise; right before the sun peaks over the side of the earth.

The sky is still dark with a slight glow.

Where am I? What happened?

Why am I outside?

I must have wrecked a jet ski at Tidal Wave. They are going to be so mad.

I’m in so much pain, but someone is probably coming. Probably.

He closes his eyes and waits.

Current time: Somewhere between 6am and 9am

He opens his eyes again.

Okay, I’m not in Mount Pleasant.

I don’t know where I am. I know I wrecked my car.

There is still no one here. I’m alone.

His eyes slowly close again and he waits.

He opens his eyes.

I need to look around. I need to get help.

Trees are all around him — trees and a marshy area, like an island surrounded by sweet grass.

Next to him lies his car — or what’s left of it. Flipped on the hood, nearly crushed, the large black excursion ford sits. Pieces  of it are everywhere — little nick nacks, his side mirrors, door panels — all scattered around the dirt.

He attempts to stand — wobbly, unbalanced. He tries to scream but only a broken noise of gibberish leaves his mouth. His jaw is broken in three places, but Luke doesn’t know this, he just knows he’s in pain. An all over pain that aches his whole body.

Looking around he sees a building a couple of yards away from him, and there he could find someone to help him. What Luke doesn’t know at this time is hours earlier, in that very building, a mother had heard the crash take place around 5am.

“The mother called 911 at the time of the wreck. [She] said ‘I heard something big go off, a big loud wreck. It sounded like a truck just went straight into the wall.’ She said she saw sparks and debris go off the side,” Luke said.

But Luke still woke up alone next to his car, subconsciously crawling his way out of the steaming pile of truck. Because when a female officer arrived at the scene, all she saw was scapes along the bridge. No car. She didn’t look over the side of the edge to see Luke’s car, assuming the driver had continued on their way. Leaving Luke alone.

He knows he needs to get up to get over to the building, but as he takes three steps the pain in his body, the sensation in his calf, is unbearable. He needs a new game plan — reevaluate where he was going, what he was doing. Turning around he sees a road, the highway 26 exit ramp, and he knows that’s where he has to get to.

There is probably nothing under there.

If I can get under there I will be able to find help faster.

He starts walking towards the street, taking a few steps at a time. He knows he is losing a lot of blood, there is a deep gash in his left wrist and he’s having trouble breathing. Every few steps his vision gets worse, the corners slowly get darker, and he focuses on one thing. Tunnel vision — he knows this means he’s going to pass out. He needs to sit, regain his strength and start again.

And he does, taking a break after every few steps until he makes it under the ramp. 30 minutes to make it about 150 yards, but he makes it.

“I didn’t care. I was like nothing can hurt more than what is already happening, and so soon as I went under the bridge I looked left…I don’t think I ever even looked to my right and I looked left first and saw cars and that was Huger Street,” Luke said.

As he got to the street, car after car passed him. No one stopping as he waves his injured arm in the air. He looks around and finally sees a little kid, around 12 years old, riding on a bike towards him.

“Call 911,” he tells the kid. Now that he is finally somewhere people can find him, Luke closes his eyes again.

“I layed down and I closed my eyes and I just said ‘whatever happens happens.’” Luke said. “I didn’t care if I died or if I went to the hospital. I was just like it’s not my problem anymore.”

As Luke lay unconscious on the side of the street, Wilson Grayson happened to be driving past, on his way to the skate park underneath highway 26, when he saw Luke. He immediately knew he had to do something.

“It seemed odd that no one had stopped to help yet…I mean it was like 9-10am if I remember correctly. So I wasn’t sure if he was hurt or if he was just laying down, but I went with my gut and went to go check on him,” Gryason said. “Upon finding him, I was in shock. I didn’t really know what to think. He had open severe wounds, blood covered clothes, etc. It didn’t take long for 911 personnel to arrive. Luke had looked at me and said a few words. The words I can’t remember exactly, but he made sure to let me know that he had been there all night and that his car was somewhere close.”

So after Luke was put into the ambulance Grayson made his way to find Luke’s car. What he found shocked him. As he approached  the bridge he was able to find Luke’s wallet, and when he read his ID he recognized the name. They had mutual friends, so when he sent a picture of the ID to someone he thought knew Luke it spread like wildfire — soon many knew of the accident.

“He’s very very lucky,” Grayson said. “A walking miracle. And yes, I was very concerned for his life when I first found him, but as I said before, 911 personnel came what felt like less than 5 minutes after my finding of him….Luke’s an unimaginably strong kid for doing what he did. He managed to crawl through the marsh and terrain for at least 100yds to the road, which saved his life. Had he have not made it to the street, I would’ve never seen him. God was with him that day for sure.”

After Luke went unconscious on the side of the road he had little memory of what happened between then and getting to the hospital. It’s only broken fragments of time from getting into the ambulance and arriving at the ER.

He remembers pain from his arm as they cleaned his wound, getting an MRI, and finally him getting sick as the nurses worked on him. His list of injuries were extensive and severe.

“I broke my jaw in 3 places. I fractured two of my vertebrae, one of them was a hairline fracture and the other was a column fracture. Four ribs were broken and that’s where I punctured my lung. I lacerated my liver from impact. I broke my arm. Fractured my pelvic bone right down the middle and pulled my calf muscle. My collar bone is shattered, and then I had full body trauma, which basically means that I bruised every single one of my organs,” Luke said.

When he first arrived at the hospital he remembered seeing his dad, but after that Luke would have no contact with anyone other than his doctors and mother until he left the hospital 11 days later.

This was due to COVID-19, at the time of the accident restrictions were put in place that made visiting loved ones in the hospital impossible. Luke’s family was in shock upon first finding out the news of the accident. What they thought was just Luke sleeping over at a friends house ended up being life or death.

“That morning I woke up around 10 and I always sit out and look on the porch with my dad and drink coffee and he was like ‘hey have you heard from Luke today he hasn’t said anything and he’s not home.’ and I was like he probably just spent the night at wherever he was last night” Celia said. “15 minutes later my mom called him and then he waves his hands around and just like ‘Celia go get dressed we got to go to the hospital’ and I just immediately knew…I knew it was Luke.”

The 11 days that Luke stayed in the hospital he was recovering, but it wasn’t an easy process. There were surgeries to help fix injuries like his shoulder and ribs. In order to fix his jaw he had to have his mouth wired shut, and with being confined to a hospital bed Luke ended up losing around 46lbs during his stay.

But besides his injuries and bad experience there was something keeping Luke going, something that pushed him for a fast recovery — that was the overwhelming support from friends, family and even strangers.

Within the first hour of being taken to the ER an abundance of Luke friends showed up, offering support to him and his family. And not many days later they started a Go Fund Me for him, raising $4,000 in just the first three hours of opening.

“I just kept looking at who is donating because it made your heart feel warm. I know there were a few kids that I don’t know that well but I go to school with that donated like 20 bucks and I was like damn there’s good people out there,” Celia McCaleb said, remembering back to the accident.

It’s been five months since the accident and Luke is almost 100% healed, doing physical therapy on his wrist and working to take care of himself and stay healthy. But a traumatic event like the one he endured leaves behind mental challenges too.

He wasn’t scared to drive again, but when he could get behind the wheel Luke drove over the area of the accident. Then over it again, and again, and again. Driving over the bridge 10 times in total, each time getting a weird feeling as chills spread over his body, but conquering it nonetheless.

“It was an event in my life that really knocked me off track,” Luke said. “I had a clear mind. I was working a lot and then the wreck completely knocked all of that away. I would say really the beginning of this year and the last couple weeks of last year I feel myself close to that [again].”