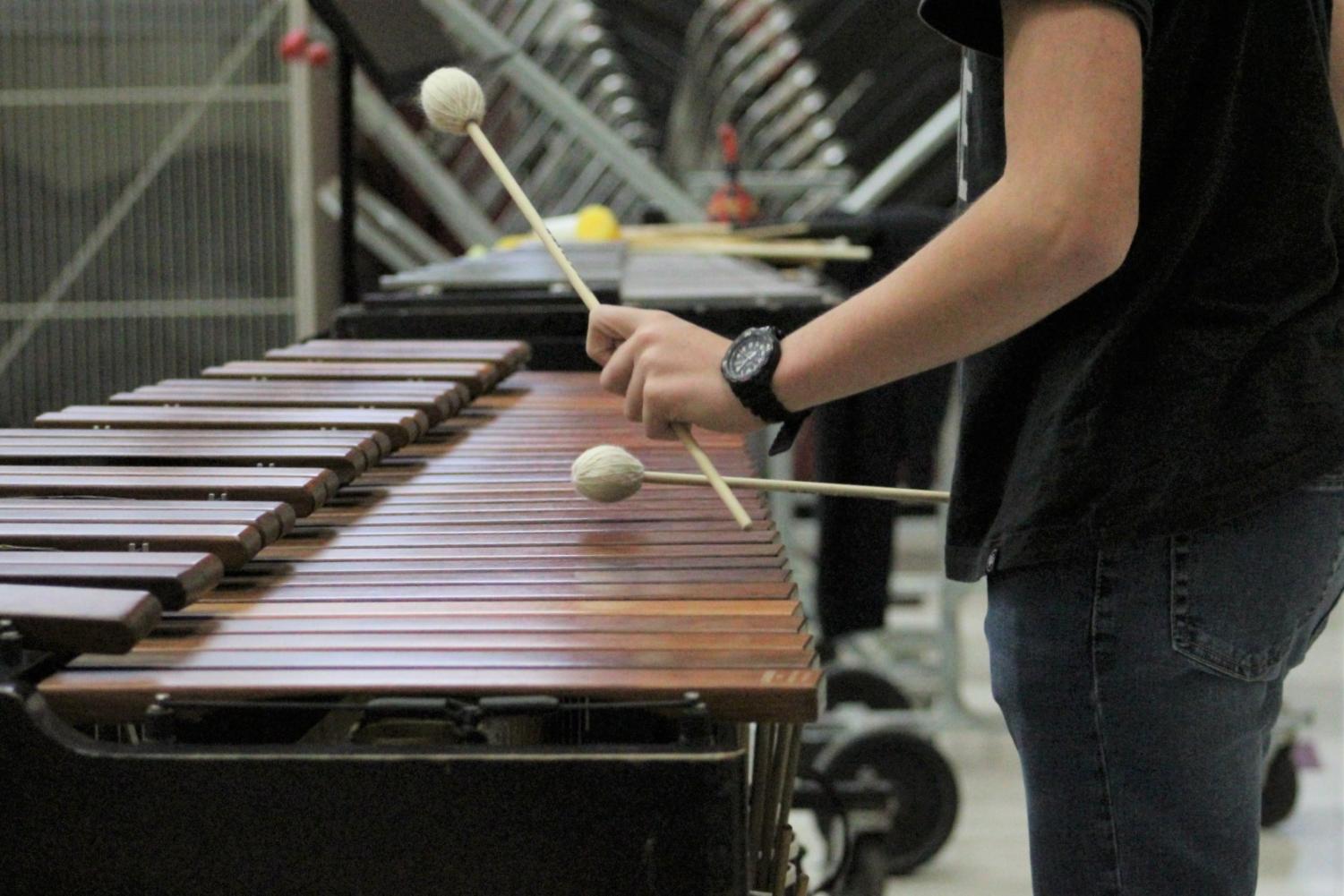 It was Audrey Marx’s sophomore year, 2017, and to her surprise Wando High School– a school with over 4,000 students — didn’t have a symphony orchestra. As a student in band playing both the oboe and French horn, Marx and her music theory teacher, Derek Deakins, got to work on creating a club.

A symphony orchestra is a classical orchestra that includes strings, wind, brass and percussion instruments. Wando has both an award-winning band and orchestra, but the students in both programs don’t get many chances to play together. One year later, 2018, Marx’s junior year, she created the Philharmonic club, where students from band and orchestra are able to play pieces together.

“It’s just a way to bring people together with this new activity that a lot of kids don’t have the opportunity to because there wasn’t one [philharmonic club] at school,” Marx said.

The club meets every Monday and Wednesday from

7:40 to 8:15. There are currently around 50 musicians who work together to play different musical pieces. Last year the group gave its first performance in Mount Pleasant’s Towne Center in the spring. So far the club hasn’t had any other performances, but they hope to have another opportunity this year.

The club is open to kids who are not in band or orchestra as well. Some kids who join the club are very passionate about playing, but don’t have the time band and orchestra required. The philharmonic club gives these students a chance to play with a group of students who share the same passion.

While you have to be able to read music and play an instrument to join, the philharmonic club is mixed with all different grade levels. Some students who join the club hope to pursue performing as a career, others — like sophomore Noa Doucette — joined for fun and to improve their skills.

“I think it’s definitely helped me with my reading and depending on myself because it’s not like I can take it to my teacher… I have to depend a little bit more on myself and push myself father then I usually do on my own,” Doucette said.

The Philharmonic club plays different types of music pieces and allows students to sign up for whatever instrument they want to play. They meet in the orchestra room for rehearsal.