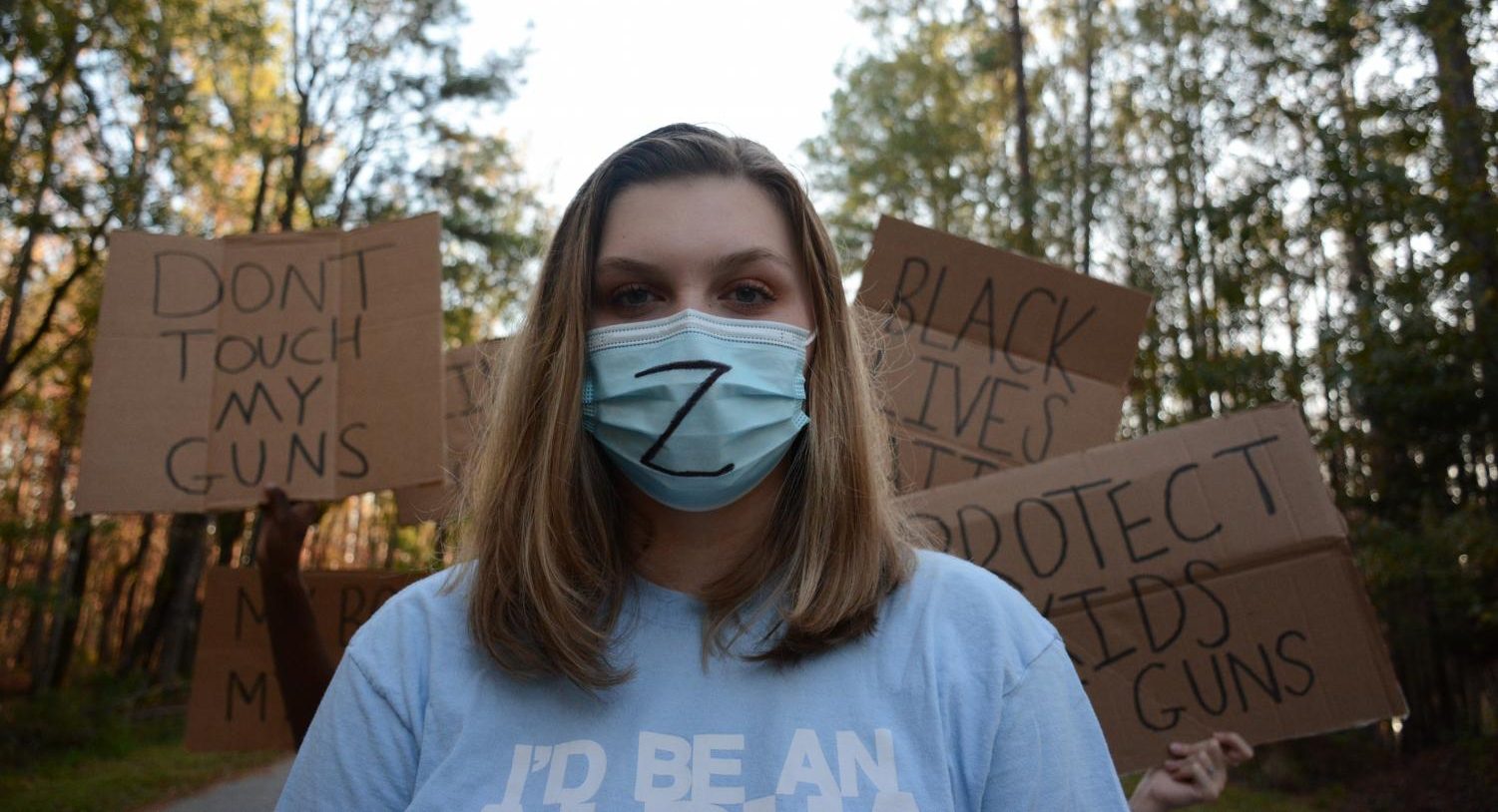 They heard the horror stories of 9/11 from their parents.

They watched live footage of the Parkland school shooting as tears of fear fell from their eyes.

They endured the effects of technology — how one notification can bring such joy or a feeling of such sadness.

They are a generation of more diversity, and of more stress.

They are a generation full of future voters, and their voices have already started influencing our politics and our country.

Generation Z, or Gen Z, are people born between 1997 and 2012 (ages 8-23), follow millennials. Like every generation, there are factors and events that have shaped who they are, factors that have shaped the way they view the world around them.

Gen Z is the first generation to be born entirely into a period where technology was always present; a life when the internet has always been present, and a fixture.  Along with technology comes social media. Instagram, Youtube, Twitter, Snapchat– all digital programs that hold huge influence over lives in the United States.

According to Business Insider, about 65% of Gen Z responders said they checked social media daily, many citing it as a major source for political news. With so many different opinions and different types of information, social media has an effect on political attitudes and beliefs according to Dr. Brian C Lovato, assistant professor at California State University Fullerton.

“Media of all sorts affects political socialization,” Lovato said. “A good chunk of Gen Z is not on Facebook which is where we have seen a lot of posts that are now getting tagged like ‘hey this might be factually inaccurate.’”

Bias and fake news are very common on social media outlets. Most members of Generation Z even dedicated class time in school learning how to identify, accept or reject a source for these issues.

Results from a Stanford study from 2019 shows the effects of misinformation and how it can affect one’s opinions on politics. Almost 3,000 American high school students viewed a video from Facebook where Russian election workers secretly loaded ballots into bins. The caption named these workers as Democrats during the 2016 election, and more than half of respondents believed the caption.

“The internet itself is just information overload and you have to decipher what’s true or false… I guess that’s the power play of the media and the powerplay of the internet is that you can throw out whatever you want on there because of free speech.” David Morbitzer, AP Psychology teacher at Wando High School said.

Free speech lets Americans share whatever opinion they have, but with that freedom comes a mix of opinions and blurred lines among facts. Things become especially blurry on social media, where ingroups and outgroups tend to form. Ingroups and outgroups often play a role with the way Gen Zers gather information to form an opinion. Ingroups are groups that an individual psychologically identifies with while outgroups are groups an individual does not psychologically identify with.

“You have the people who are with you and are collectively thinking the same way as you. You are going to tend to think more that way. So there in your group where you almost shun everybody who doesn’t think like you… which would be the outgroup,” Morbizter said.

Many important events and issues have arisen over the years, many of which have shaped Generation Z’s outlook on politics.

“The events around you, the kind of realities are shaping it so that being a Repulican or Democrat has an effect on how you think about these issues,” Lovato said.

The tragedy of 9/11 has left an impact on their views.

“September 11th happened before you were born but at the beginning of when your generation was coming about, so everything under the Bush administration has just seemed normal, increasing the national security, different privacy concerns. I think that’s shaped how you all view national security and privacy rights.” Lovato said.

Years following that drastic calamity, the great recession took place in 2007 – 2009, altering the financial circumstances of many Gen Z families.

“The great recession happened when you were all young so the economic climate has never been great for you, which I think is gonna have an impact on how you view what the role of government should be and the economy and job creation.” Lovato said.

There are also many issues that Gen Z has been a big part in compared to other generations, climate change and gun violence being two of the biggest.

“Climate change Gen Z acknowledges more across the board than older generations, particularly taking partisanship into account.” Lovato said. “You are going to be much more likely to accept humans cause climate change as a fact…I think we might see an increase in activism in young people. That’s who has been leading the charge in climate change, that’s who has been leading the charge with gun safety. A lot of these things have been led by young people.”

According to Pew Research Center, Generation Z is more racially and ethnically diverse than older generations. Over 48% of Generation Z is non-white, and grew up with the nation’s first black president.

“I don’t know that diversity in and of itself will change political positions. Everyone thought that Millennials were going to be this completely not racist generation because they are more diverse than previous generations, but it turns out within ethnic groups, racist attitudes persist at the same rate as previous generation,” Lovato said.

Though diversity may not directly change political stances, Generation Z is more aware of racial injustice, and a large majority of Gen Zers played a part in the recent Black Lives Matter movement.

“Conservative Gen Z folks are more attuned to the existence of racial disrimination, or structural racism in a way that other generations haven’t been,” Lovato said. “It could mean we will see a shift towards increasing support for the Democrats if the existing statistics hold true. If all of that holds true, but it also means you are going to see potential Republicans reaching out to a more racially and ethnically diverse crowd.”

Simple things that Gen Zers may have surrounded themselves with growing up, like books, music and movies, may affect their future views. While the news media and social media may sway some, for others it was their sources of entertainment that swayed them, not their news.

“The more that you see stuff on TV the more likely you are to emulate that behavior” Morbitzer said. “The mirror exposure effect, where if you are exposed to something continuously then you are going to become more affectionate towards it.”

The people you were directly exposed to growing up could also play a part in your views and outlook on politics. Morbitzer looks into the effects of the attribution theory, which is the idea that a person’s behavior can be explained by either a situation or a person’s disposition.

“What is the attitude towards that situation? Is it something you are getting for your own personal belief or is it the environment in which you are in. You can get into obedience…are you going to be a Republican or Democrat because that’s how I was told to be by my parents, or are you going to defy that…we tend to over analyze our own behavior and we underestimate all the outside effects of the environment and what is happening to us,” Morbitzer said.

And as we scroll through our news apps and our social connections, we see tragedy and pain, laughter and triumph. Aget

We celebrate the diversity, we absorb the worry, and we empathize with the tears.

Members of Generation Z are the future voters of America. What we have seen so far will contribute to the way we see the world, and the way we want to create change.